If you were a screaming teenage girl, there was no place you wanted to be more than in New York City and at Macy’s yesterday. Why? Well, if you must know a very popular teen music star was there hawking his new perfume. Actually the crowd was so revved up that a 47-year-old man wound up tackling the kid and knocking him to the ground. It’s still being sorted out as to whether he was trying to ward off feisty fans or if he was a crazed man fan himself.

All of this got me to thinking about authors. What’s the connection? Well if you look at how other artists and celebrities are able to maximize their brands and connect with their audience, writers, authors and bloggers have been lagging behind for a while now. Singers, actors and athletes have been expanding their empires for years. They hawk cars, food, clothes and sell fragrances. These ventures are usually met with fanfare as their fans feel that they are making an extra connection with their favorite star by purchasing the pitched products.

Why can’t authors get in on some of this extra love? I guess we want to believe that writers are above all of the adoration and getting to meet their readers at book events and connecting to them through blogs should be enough right? Everyone knows that authors are shy and uncomfortable with crowds and would never want to put their names on a bottle of perfume. But why not? Why can’t an author have their own fragrance? Don’t writers like to smell good when they finally go outside after days indoors banging away on their laptops? It is such a misconception that writers are a homely, lonely bunch who would rather sit at home than go out on the town. We have to experience the world in order to write about it now don’t we? I’ve took the liberty of coming up with a few names for fragrances that an author would be proud to put his or her name behind. I even asked some of my readers to add their own ideas and received some great ones!

The first three suggestions come from Betty DeRamus, a renowned journalist and former columnist for the Detroit News. I was a regular reader of her column when I lived in Michigan because she would take you right into the heart of the story with her descriptive and heartfelt way of writing.

She has also written two books, Forbidden Fruit and Freedom by Any Means, which delve deep into the historical backgrounds of the people who lived through the experience of navigating the Underground Railroad. DeRamus was also one of a small group of journalists outside Voerster prison in 1990 when Nelson Mandela finally left his cell. Now shouldn’t a writer like this have her own perfume? Here are her offerings:

The next two suggestions come from my beautiful sister Danielle whom I just learned about last year. She has been a joy to get to know and I’m so blessed to have a sister period, but having one that is so supportive of my dreams is a major blessing. 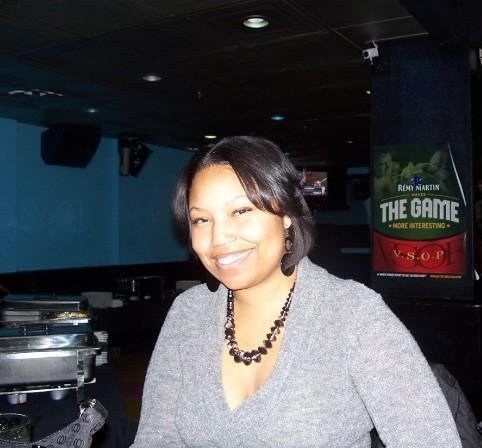 The next suggestions are from yours truly.

I think I’m onto something here. Come on writers and bloggers! If you could create your own fragrance that would describe your writing style or speak to who you are as an artist what would you call it and why?