In the last installment I wrote about the temptation of departing from the pure true core of my work for the promise of publication, but I thought I’d delve a bit deeper here.

Recently a literary agent became interested in my manuscript Letters to Chyna but was so uncomfortable with some of the strong scenes and language in just the first few pages that she chose to pass on the piece altogether. Although I was disappointed, I appreciated her candor in letting me know WHY she chose not to represent the work.

I had the opportunity to speak to her again a few months later about another project and she then asked me if I had some more writing I could submit. I bluntly asked her why I should submit something else when she didn’t take too well to my first work. She then explained that she loved my writing, she was just put off by the provocativeness of those opening pages, so much so that she didn’t think she could go on. She said if I would get rid of or re-work the scenes and any others that were graphic that she would read my full manuscript.

Initially the notion was appealing because what writer doesn’t want to have an agent fall in love with their work and sell it? But the more I thought about watering my writing down, the sadder I became. I was always taught as a writer to “never hide” behind pretty words if you’re trying to describe something ugly. One of the best writers and teachers of the subject that I’ve ever known, Mark Weston, http://bit.ly/MarkWeston who I had the honor of studying under at The Beginnings Workshop and The Screen Actors Guild conservatory, always said that writing and acting should reflect reality (which ever the writer chooses and creates) and if it didn’t then it wasn’t true art. I always kept that nugget of wisdom in my brain and adhere to it each time I embark on a creative project. If I’m writing a sexual scene there will be sex in it and it will be described in raw words that reflect what the characters are doing, saying and feeling. If I’m writing an emotional scene between two people the dialogue will reflect their true emotions and not what I think someone wants to read on a greeting card.

I realized that even though I admired the agent’s feedback and honesty about how she felt about the work, I knew I couldn’t dilute the truth of my characters for anyone. Especially not after she suggested I contact other literary agents/publishers that handle street fiction and erotica. My work is neither street fiction nor erotica although it does include passages and scenes that are explicit. It puzzled me how she could put me and my work in a box after only a few pages. I find it troubling that African American characters can’t have sex, or engage in criminal activity without the whole work being deemed street fiction. Books in the mystery, literary and mass market fiction genres contain some of the same elements and aren’t viewed as simply street fiction or erotica.

I think some agents and other consumers of writing by African American authors often lump us all in one category. Street fiction is probably one of the most popular genres of writing right now for a lot of readers who do read books by African American authors but I think most readers are smart enough to know that people of color have a varied existence and have many stories to tell that don’t all fall under the street fiction umbrella.

It is so important as a writer to know who you are. If you don’t anyone can come and define you and your work and you may get published but at what cost? I think it’s more important to be authentic and write from the core of who you are. There is always room for editing but I don’t think writers should be stripped of their voices to be represented. At the end of the day the agent is selling your work, but you have to live with what’s on the page.

There are many alternatives to traditional agents/publishers in the form of self-publishing, E-books and the like. Personally I have always wanted a traditional publisher behind me due to the credibility factor. It’s something that means a lot to me and I will keep trying to find the right fit. Not to say I would never explore publishing my work myself, I just want to try a little while longer to find a traditional publisher. Arguments can be made for and against traditional publishing vs. self-publishing, but the most important thing for a writer is to be authentic and true to the art form. If not, then the writer suffers a slow literary death and so do their readers by way of empty literary calories that leave them starving for a true meal.

If you have stories to share about the business of writing or experiences with literary agents and publishers please comment below. I look forward to your responses! 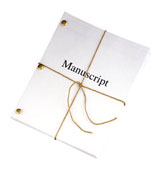